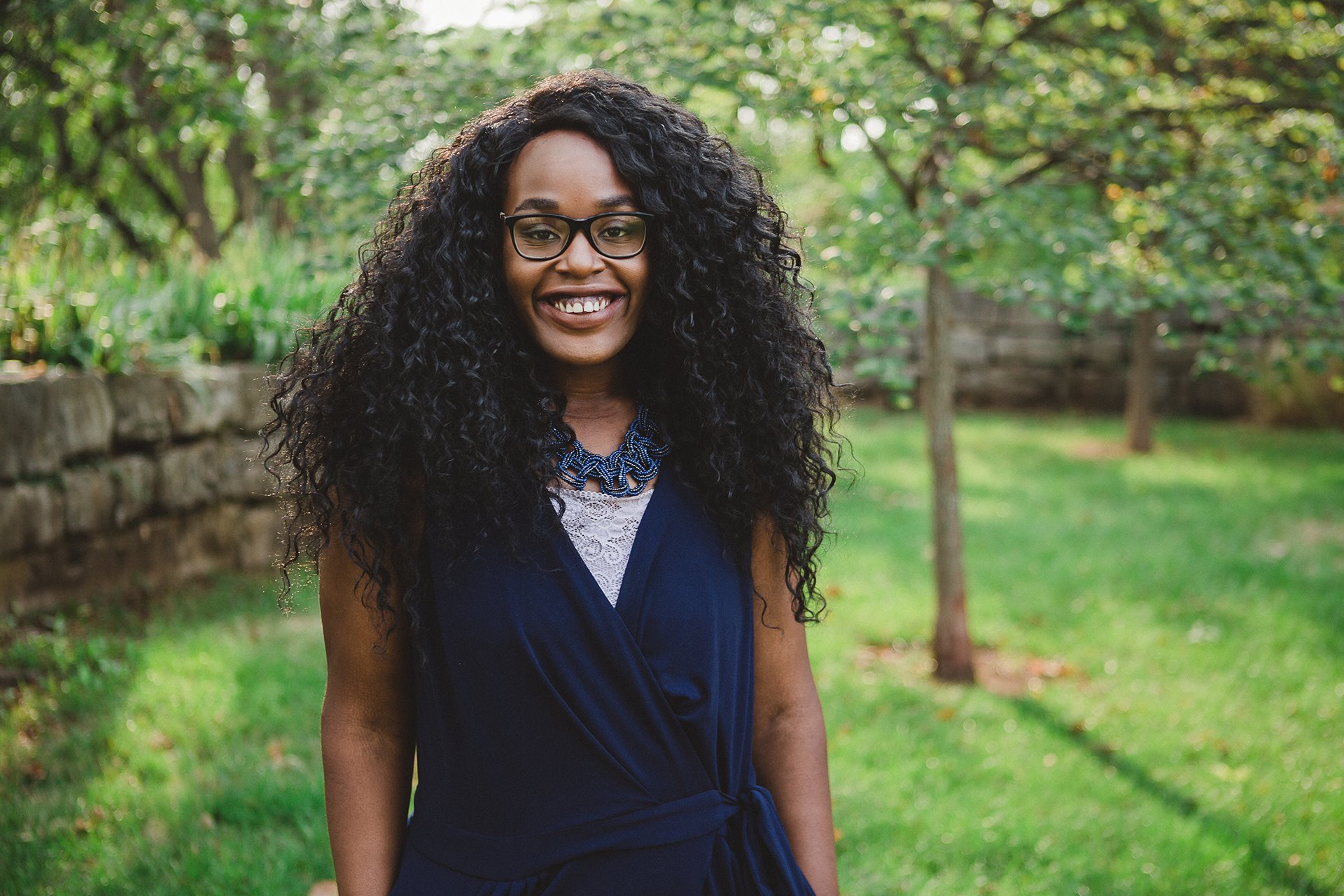 Andrea Ambam (she/her) is a Brooklyn-based performance artist and playwright whose roots sprout from Cameroon. As a politically engaged storyteller who interrogates the art’s potential for movement building and transformative justice, Andrea pulsates at the intersection of performance and truth-telling— creating theatrical experiences where Black identity fills, overwhelms, and disrupts the center; and where justice, that is denied by the state, can be reimagined and rehearsed in the body. Her current work is rooted in an artistic vision to investigate and modernize “anti-lynching plays,” a genre of theatre birthed by Black women playwrights during the peak of lynching in America. Her work often features the manipulation of time, poetic text, and ethnographic material as a form of political reclamation.

She has developed her practice as an Inaugural Artivism Fellow with Broadway Advocacy Coalition, an Artist-in-Residence for Anna Deavere Smith, an EmergeNYC Fellow at the Hemispheric Institute of Performance and Politics, and as a competitive public speaker/performer where she has been awarded 10 national championships, including “Top Speaker in the Nation” three times, and gone on to debate conservative pundits on live TV. As a performer, writer, and facilitator, she’s worked with Classical Theatre of Harlem/Playbill, gal-dem, Abrons Arts Center, NYU Prison Education Program, NYU Verbatim Performance Lab, Artists’ Literacies Institute, Centre for Social Innovation, and others. Recent acting credits include: Making Gay History: Before Stonewall (Provincetown Playhouse); Re-Writing the Declaration (Free Street Theater). Her plays include R(estoration) I(n) P(rogress) (2021 NYU New Plays For Young Audiences Festival; 2021 Ashland New Plays Festival Semifinalist), Rehearsing Justice: A One-Woman Show (Broadway Advocacy Coalition’s 2021 Fellowship Hall), and Angelina Weld Grimke (Classical Theatre of Harlem/Playbill, 2021). She is in the core acting ensemble of the New York University Verbatim Performance Lab.

How Breonna Taylor’s death reaffirmed my commitment to finding justice in abolition.
— By Andrea Ambam via gal-dem

If Black Girls Could Sleep

An original piece written and performed by Andrea Ambam.
A theatrical memorial to Breonna Taylor.

If Seconds Were Longer, If Black Girls Could Speak